I changed my mind about the Sunday sketch I was planning on sharing this week. I decided it was too close to a pattern that another quilt designer has already published. There were slight variations – I used half-rectangle triangles, whereas they used half-square triangles, and the placement of the shapes was different – but the ‘feel’ of the two designs was definitely the same. Purely coincidental, but too close for comfort, at least for me. Sometimes I think it’s useful to share such designs, as an opportunity to discuss serendipity in creativity and to celebrate fellow quilters’ work. But in this case, I’d want to discuss it with the other quilter first.

So anyway, here’s one I prepared earlier 🙂  Much earlier, in fact! I first posted this design on Instagram in October 2015 (long before the Sunday sketch series started!) as part of Blossom Heart Quilts‘ #myDIYblockdesign challenge. Alyce had just published her DIY Block Design e-book, and challenged readers to create their own blocks. I had just started quilting, so was keen to practice as much as possible. I used Excel (!) to design a series of blocks using half-square triangles, and this is one of them!

I recently revisited this design, using EQ8 to redraw and recolour it. Whenever I create a block-based design, I always try the reverse colourway for alternate blocks. 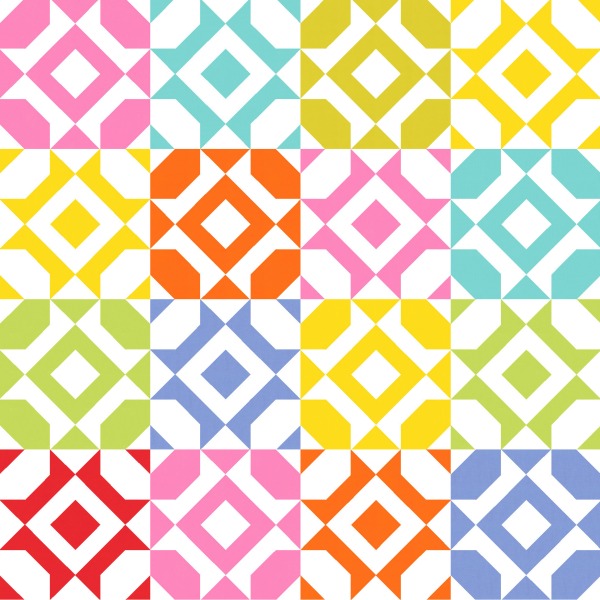 The design also works well in two colours, with an optional third to tie the blocks together using that repeated square within and between the blocks. 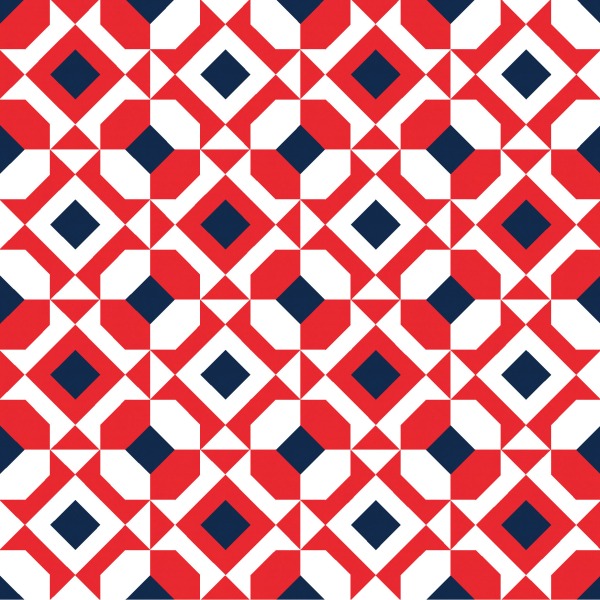 Or the blocks can be coloured slightly differently, again using just two colours. This approach definitely makes the design busier; I think it might be better with two fabrics that contrast a little more than this pink and red….

This design is a simple one (so much so that it wouldn’t surprise me if this was a traditional block): it’s all half-square triangles and a few squares. You could also make it using half-snowball units, quarter-square triangle units, and square-in-a-square units – which would maybe add a bit of work but cut down on a few seams.