I call myself a modern quilter, but not all of my quilts (or my quilt designs) are modern. Some of them definitely lean more traditional. Don’t get me started on how to even define ‘modern’ and ‘traditional’ quilts – I honestly don’t know, and I don’t think there’s a clear line that separates them. But sometimes a design just feels less like one and more like the other. It might be the layout, or the blocks, or the colour scheme, or the fabrics.

This week’s designs feel more traditional to me, probably for a few reasons. I picked a muted colour scheme, for one. And the designs are based on a sawtooth star, which dates back at least to the late 1800s. And I’ve gone for a regular, repetitive layout, instead of introducing the negative space or asymmetry that you might expect in a modern quilt.

But hey, enough of my yakkin’. Let’s get started!

OK, so I introduced a little bit of negative space, just to make it seem like this design is on point (it’s not). This is a 5 x 5 layout, with some borders added, and the 4 corner blocks removed. Some of the colours extend from one block to the next, which helps to tie the blocks together.

Here’s the same design with the corner blocks added back in, plus a version with slightly different colouring. 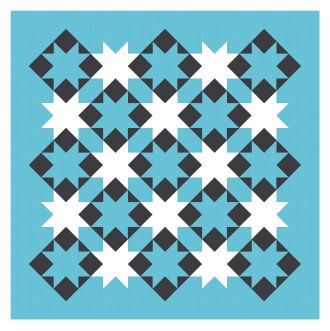 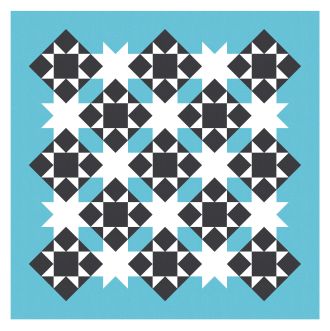 The colouring can also be pared back to highlight less of the foreground and more of the background. This first version feels like lacework letting the light through. And switching the colour of a few of the smaller elements from black to white gives an entirely new version with a whole other feel. 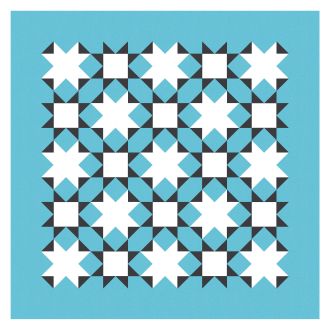 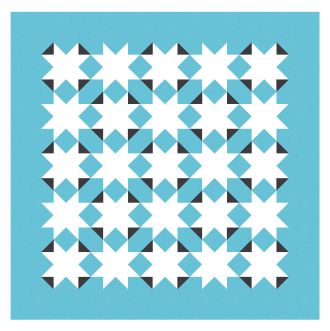 Paring back to just one colour requires filling in different shapes to distinguish the blocks. Now it’s like baubles and stars intertwined. This might make a good Christmas quilt in a different colourway!

Sticking with the two-colour design, we can highlight all the stars in white. The interstitial shapes become square-in-a-square units – some blue on white, and some white on blue. If this design didn’t feel traditional before, it does now! 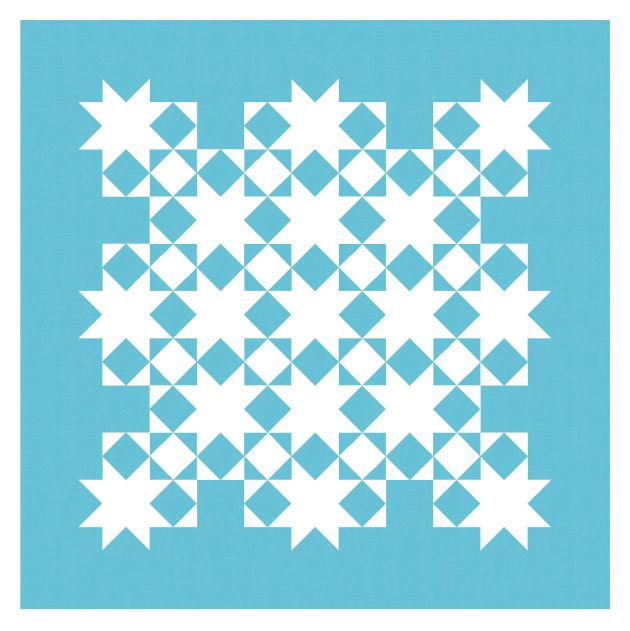 I like the idea of paring back the design even further, so those square-in-a-square units become more prominent. The version on the left is just the same one as above, without the stars around the edges. In the version on the right, the middle squares of 4 of the white sawtooth stars have been coloured blue, blending them into the background. Suddenly it feels like the whole design is squares on point! 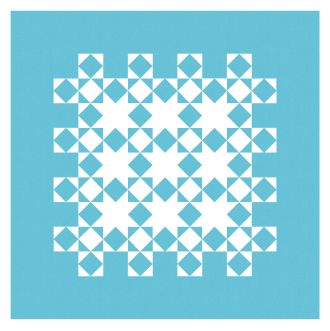