It’s probably pretty obvious that this week’s Sunday sketch is a direct evolution of last week’s. I didn’t even bother changing the colour palette!

I made one minor tweak to last week’s block design, then played around with colour placement. Although this first version is somewhat different from my usual designs, I really like the movement and sorta oddness of it. It’s like a spacey kind of treble clef mixed with a fleuron in a lava lamp.

If I colour the blocks differently, you can see the connection to last week’s design more easily. I’ve just replaced the half-square triangles from last week with larger curves. The columns of half-circles are still there.

This version makes me think of phases of the moon, or of light and shadow changing the appearance of the same object throughout the day.

The previous version uses different colouring for each row in the design; the next version uses the same colouring across the whole design (much like last week’s sketch). 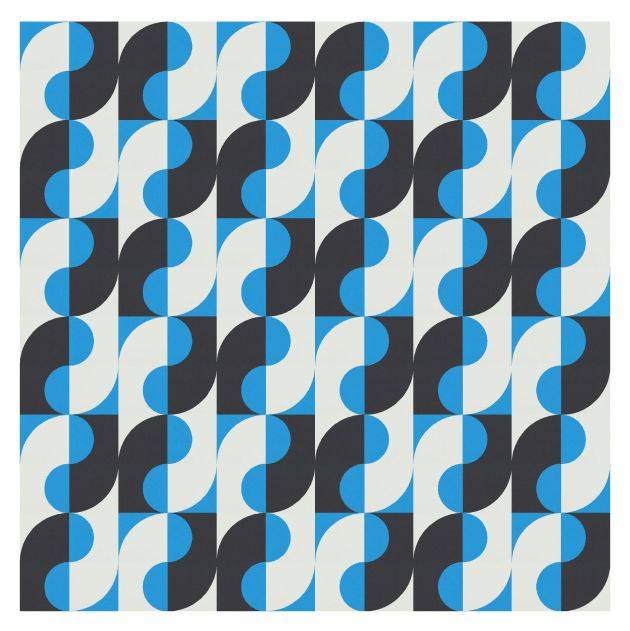 Changing the colouring again – using just two colours per block – removes the horizontal and vertical lines from the design and emphasises those curves instead. Ocean waves?

This week’s designs could be made into quilts using just quarter- and half-circles (or drunkard’s path units) and rectangles.

The fact that I can’t decide which version I prefer means I’ll probably never make this one, even though I love it to bits. Such is life!