Here’s another design that ended up looking quite different from where it started.

This design started out much more ‘flat’, with very little depth. Although I still like the original versions! The shapes remind me of Nutri-Grain cereal 🙂 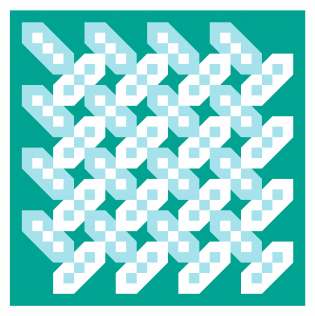 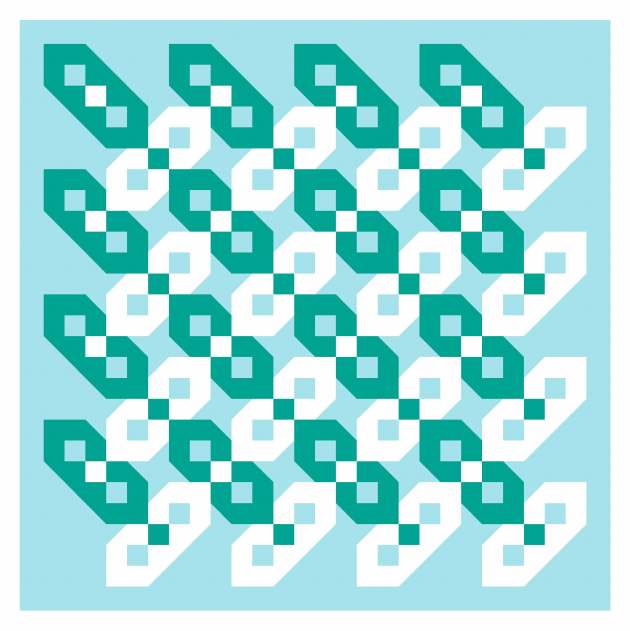 See how they’re connected along the diagonals?

From there, I moved to colouring each element a little differently. This adds a lot more movement and depth to the design. It’s still diagonal strings of shapes connected to one another, but now the shapes are a little more complicated. The following two variations show a zoomed-in, cropped part of the design, without the border, but it’s still the same underlying design. 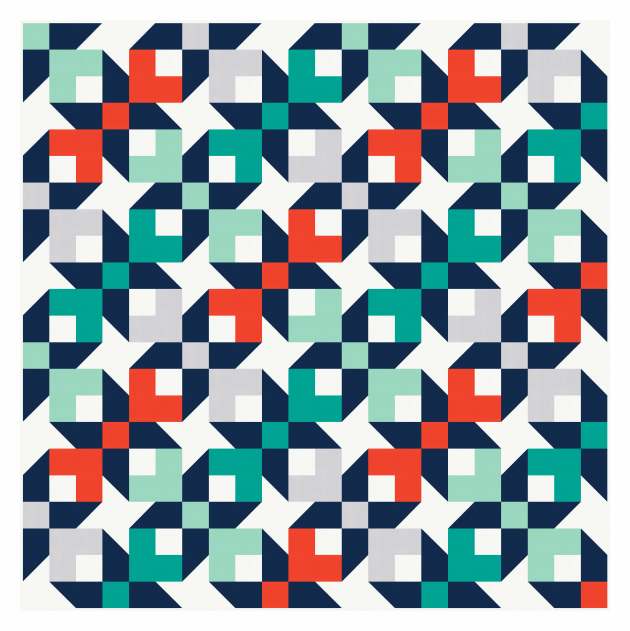 And in another colourway…

I even took it a step further, colouring in some of the squares, leaving just the middle one in the row of three. This ends up creating those larger squares, which alternate with the smaller ones. 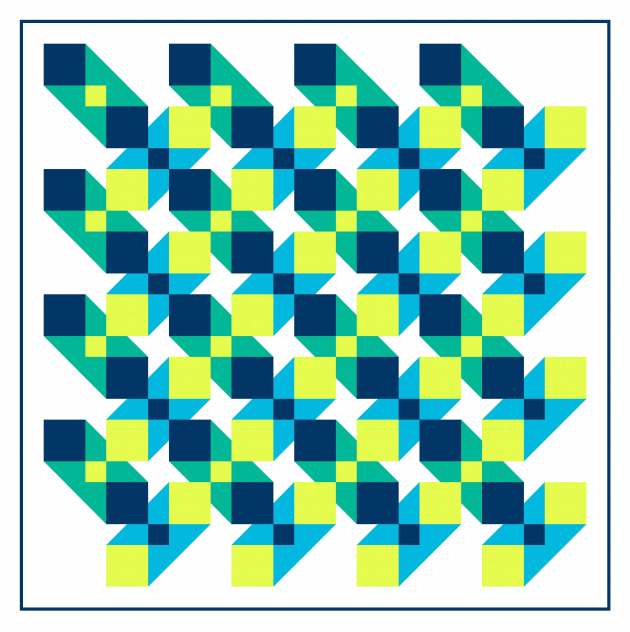 In all these variations, there are some nice four-pointed stars peeking out of the middle – can you see them? The stars in each row of these secondary shapes alternate direction.

This design is just squares and half-square triangles – that’s it! So it would be very easy to make into a quilt.