Lots of lines this week. Horizontal, vertical and diagonal.

I’ve extended a diagonal line in the blocks through to the border, bisecting the quilt top diagonally. I kinda like this two-tone approach, splitting the quilt into light and dark. 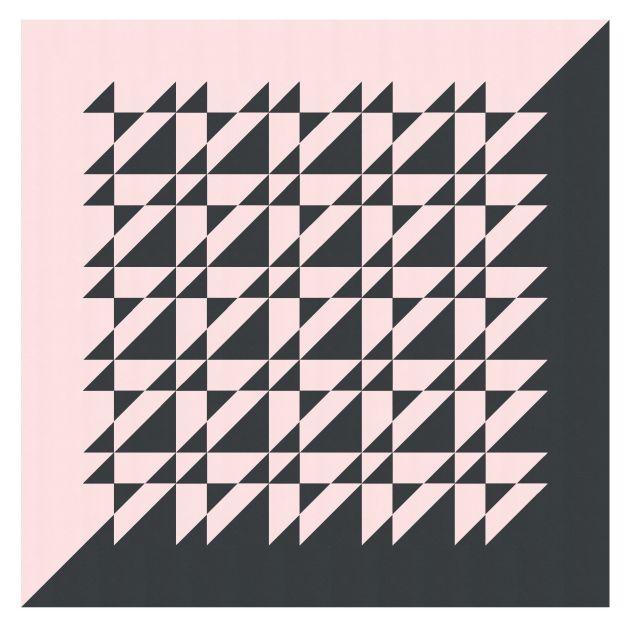 In the version above, all the triangles are in black. The reverse colourway puts them all in pink instead; below I’ve rotated the design so that the black background remains in the bottom right half (otherwise it would’ve been in the top left when the colours were flipped).

I also tried the same layout on point, so that the line between the two halves of the design is horizontal rather than diagonal. Here are the two versions again, with black triangles (left) and pink triangles (right).

As usual, I’m not sure which I prefer!

This week’s sketches are all block-based designs (5 x 5 layout, or 4 x 4 on point); the blocks are made from half-square triangles and squares. The blocks are all the same, so could easily be chain-pieced. I like the design in just two colours, but you could try multiple colours per block – such as colouring the larger half-square triangles differently than the smaller ones.